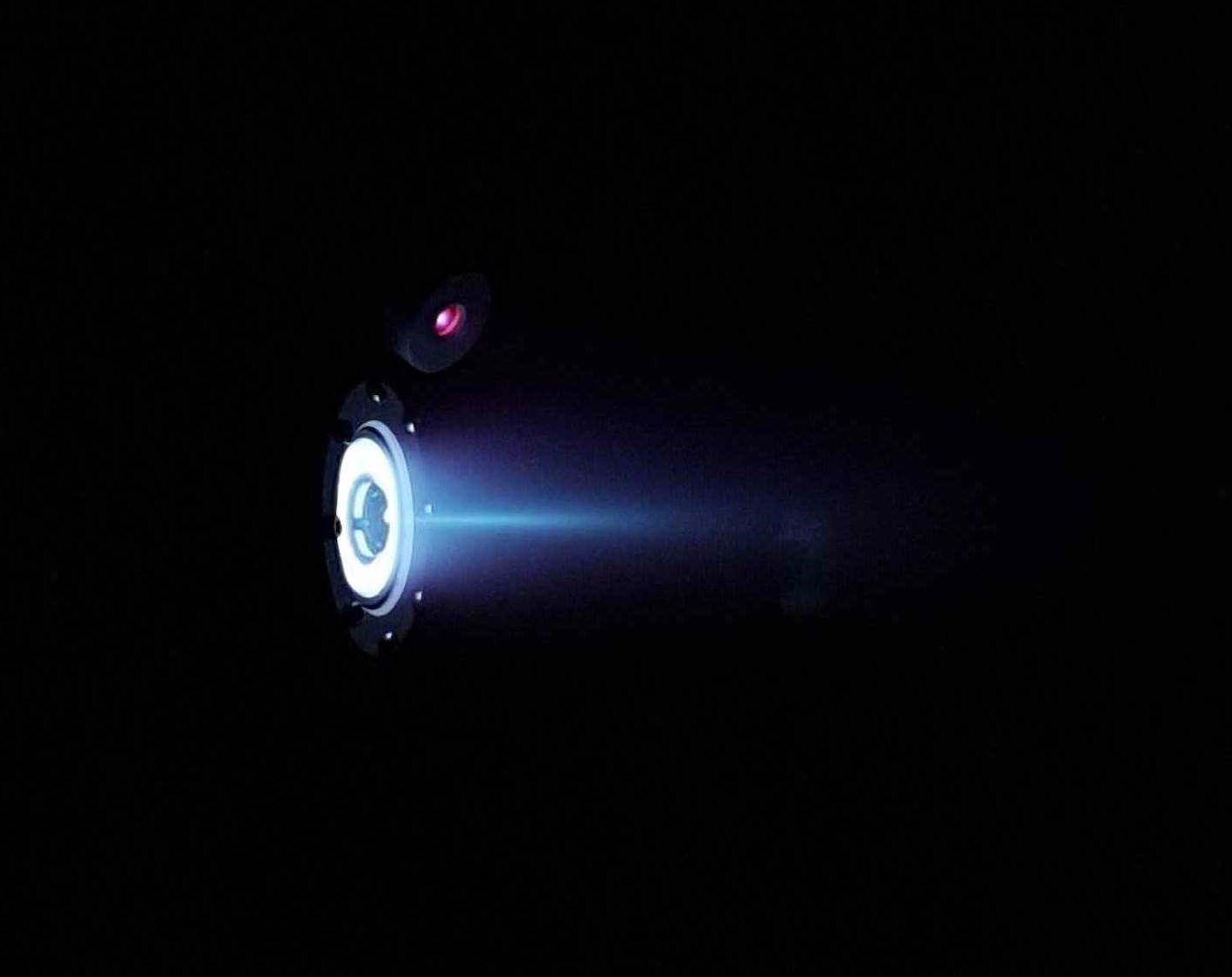 THE SMALLEST HALL THRUSTER IN THE WORLD

Results showed that whilst classic Hall thrusters often operate at a power higher than 1kW, the ExoMG™ - nano can operate at 50W of power and lower whilst maintaining a high specific impulse (800s) and an especially high thrust (1.5mN expected) due to Exotrail’s unique innovations on the magnetic, thermic and mechanical design. The test results actually showed an even higher than expected thrust of more than 2 mN at 53W of discharge.

This makes ExoMG™ – nano the highest thrust-to-power ratio electric propulsion system available for nano and microsatellites in the world and further confirmed, to the worldwide scientific and technical community, Exotrail’s ability to bring the high thrust-to-power ratio of Hall thrusters to the small satellite market.

In the past three years, Exotrail’s team has conclusively implemented key major innovations on their Hall thruster in order to miniaturise it. Over and above, key changes have been made to classic Hall thruster design in order to make it far easier to manufacture & integrate, without major automation requirements.

These excellent test results further underscore Exotrail’s impressive record of constantly and consistently delivering on performance promises. In an environment where there have, historically, been significant shortfalls on performance expectations and test results in competing new-age propulsion solutions.

In a market where rideshare launch prices are falling, but remain less precise and flexible than dedicated launchers, the ExoMG™ - nano - and its larger version ExoMG™ - micro - offer a high-thrust electric propulsion technology that would allow constellation operators the best out of both worlds: low cost of rideshare launches with the precision of dedicated ones. Only Hall technology can provide this unique capability within acceptable orbit duration transfer for customers.

Two weeks ago the first proto flight model of Exotrail’s technology was delivered to their first partner. A  technological demonstration mission is scheduled for launch by the beginning of next year.