Exotrail signs a new contract with the French Space 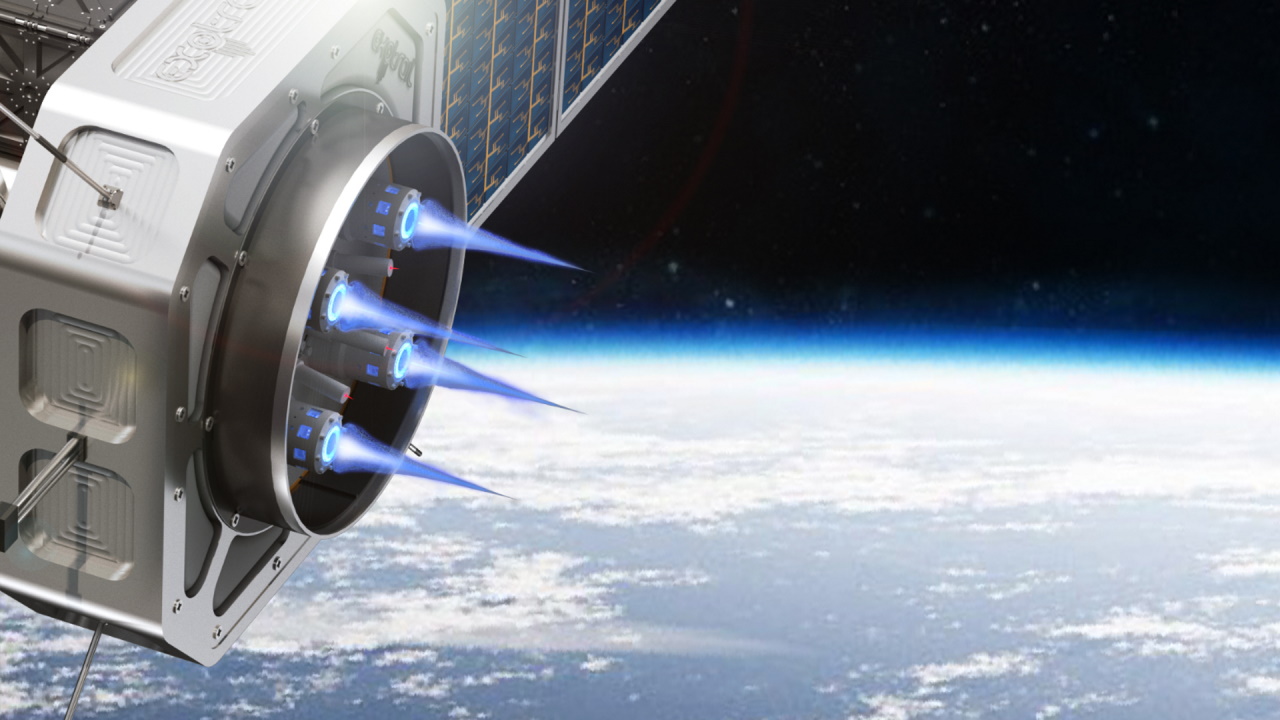 Exotrail has signed a contract with the French Space Agency, CNES (Centre National d’Etudes Spatiales), for a development project concerning the clusterisation of several Hall Effect Thrusters. This Research & Technology (R&T) contract will allow Exotrail to demonstrate its capability to use several thrusters together in order to reach higher thrust and power for larger satellites’ needs. This contract from CNES confirms the strengthening of the collaboration between the French Space Agency & Exotrail, following a successful technical review held in spring 2019. This is the second contract signed between Exotrail and the CNES since the beginning of the year. The French National Research Agency (CNRS – Centre National de la Recherche Scientifique) will also be involved in this development, part of the activities occurring in  ORACLE (the common laboratory between CNRS & Exotrail).

This contract will allow Exotrail to accelerate the development of its ExoMG™ - cluster product. This product is derived from our ExoMG™ - micro propulsion system and allows us to address satellites in the 50-250+kg range. This product has seen an increasing interest from the market in the last year, with advanced discussions existing between Exotrail and customers in North America and Europe. The objective is to have a first flight of the ExoMG™ - cluster product in 2022, with key building blocks and sub-systems being flown in 2020 and 2021 in other Exotrail's missions.

The clusterisation of smaller thrusters to get a higher thrust and power (as opposed to a larger unique thruster) provides key benefits to the satellite operator, including an intrinsic redundancy that increases system reliability and effectively tackles space pollution, new attitude control capabilities and reuse of heritage building blocks from monolithic thrusters.

In details, the objectives of this contract are both technical and scientific, with multiple subjects being studied, from interactions between multiple anodes and cathodes to the cluster's performance optimisation.

This is an important step for the French electric propulsion community. Electric propulsion is a very hard technology domain. At CNES we try to support our companies to make them as competitive as possible on the global market. Clusterisation is a very important subject because it allows using a thruster on multiple power levels and this means also lower design and qualification cost. We are very proud to start this project with Exotrail.

The clusterisation of several thrusters to extend our performances range is a key element of our product flexibility. We are very happy that CNES decided to fund this activity, and we are looking forward to working with the propulsion team on this topic. This is also a great example of how our ORACLE common laboratory with CNRS can help solve key technological challenges.

Exotrail is a start-up developing solutions for on-orbit transportation, including electric propulsion and mission optimisation solutions for small satellites. Exotrail’s mission is to deliver agility to the space industry to foster an environment of new services in Earth observation, telecommunication and science. Exotrail employs about 25 people in Massy (Paris region) and Toulouse in France and has raised more than 6M€ of public & private funds since its incorporation in 2017.

CNES (Centre National d’Etudes Spatiales) is the government agency responsible for shaping France’s space policy and implementing it in Europe. Its task is to conceive and orbit satellites, invent the space systems of the future and nurture new services to assist us in our daily lives. Founded in 1961, it is behind a series of major space projects, launch vehicles and satellites, and the partner of choice for industry fuelling innovation. CNES comprises some 2,500 men and women with a passion for space working to open up new and infinite fields of applications in five core areas of focus: Ariane, science, Earth observation, telecommunications and defence. It is a key player driving technological innovation, economic development and industrial policy for the nation. It also fosters scientific collaborations and has forged numerous international partnerships. France, represented by the CNES, is the leading contributor of the European Space Agency (ESA)

This partnership involves a major actor of the New Space industry (Exotrail) and a laboratory which is among the top institutions in the world in terms of electric micropropulsion and advanced plasma diagnostics (ICARE). The objective of this major partnership is to accelerate advancements in the electric micro-propulsion of nano and micro-satellites through scientific and technological cooperation. ORACLE will result in:

The common laboratory is hosted in ICARE's facilities in Orléans.