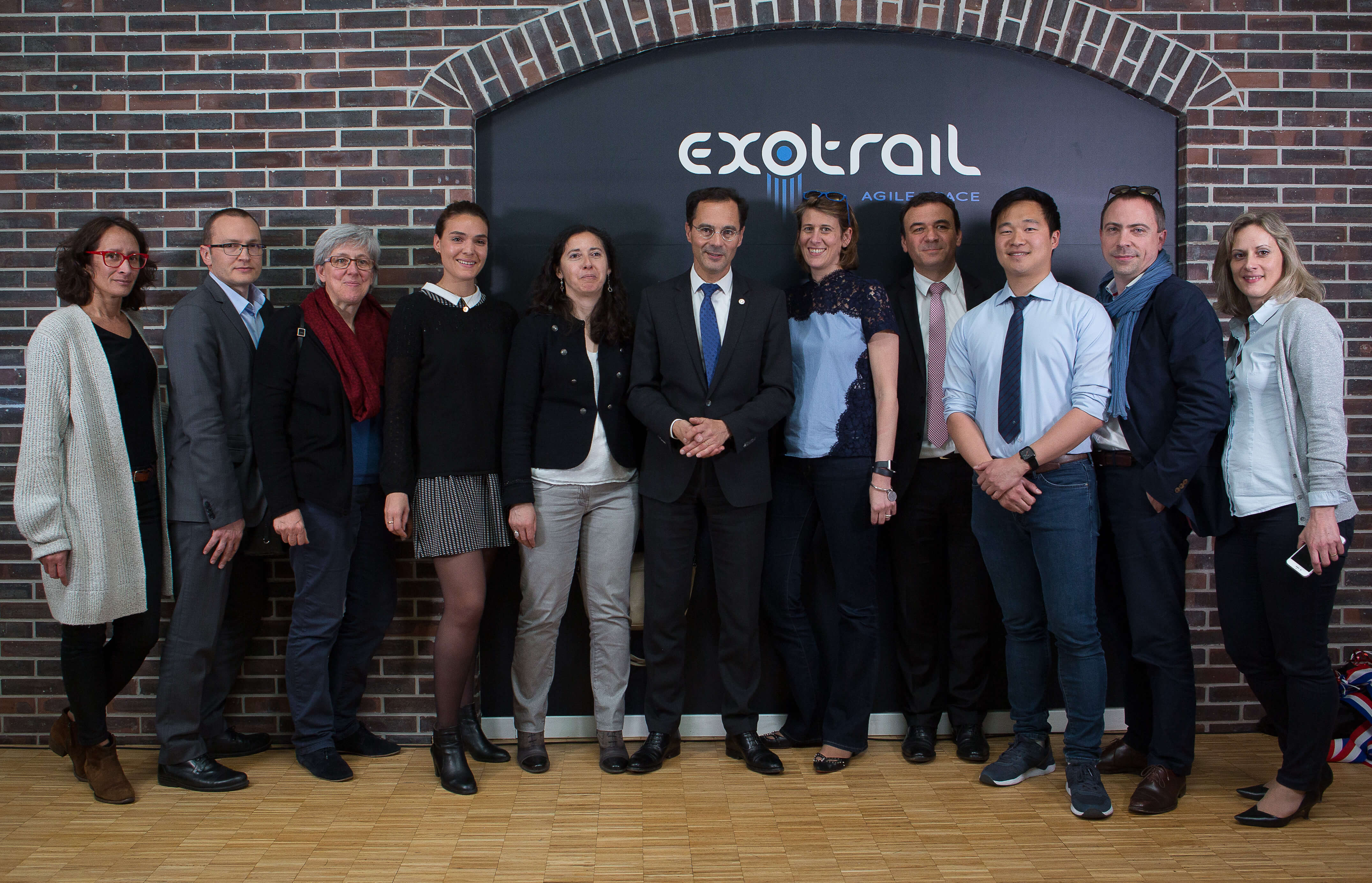 On the 11th of April, Exotrail’s team inaugurated its new offices in Massy (in the suburb of Paris) with Agnès Pannier Runacher, State Secretary for Economy & Finance in the French Government. The team has recently moved in these 550 sqm space which is dedicated to the design, integration, testing, production and qualification of Exotrail's high-thrust electric propulsion systems. This is a stepping stone for Exotrail – from theory and R&D in the incubator of Ecole polytechnique to actual production and qualification of its products in its new offices. We wanted to take the opportunity to thank our public & private investors. Their representatives have honored us with both of their presence and theirs words - find out more below!

EXOTRAIL, A COMPANY SUPPORTED BY THE FRENCH GOVERNEMENT & VENTURE CAPITALS

With this event and new offices, Exotrail confirms its position as a leader of the French New Space scene: “Access to space is instrumental to France’s strategy. That is why it is key for us to support Exotrail, because the company is inventing the future uses of space and satellites” said Mrs. Pannier-Runacher. Heavily supported by the French public sector (Exotrail has won the iLab and Concours d’Innovation, two prestigious grants that together represent 2.1M€), Exotrail has also attracted a lot of private investment from Venture Capital “When we invest in a company, we are looking for large market, strong product and great team. All of these things were combined in Exotrail. So far they have constantly delivered on their promises, so we are very happy investors” said Alexandre Mordacq, partner at Exotrail.

Agnès Pannier-Runacher is State Secretary in the Minister of Economy & Finance, and Guillaume Boudy is General Secretary for Investment in the Prime Minister Office (SGPI). We asked them how the strategic interest for the space industry has evolved recently, and why it is important to support start-ups like Exotrail (in French).

Alexandre Mordacq is Partner at 360 Capital Partners, Olivier Rameil is Investment Director at Bpifrance and Xavier is President of SATT Paris-Saclay. They explains us why they have invested in our company, and how it has been since then.

Nicolas Samsoen is the Mayor of Massy. He explains to us what he thinks of our arrival in his city (in French):