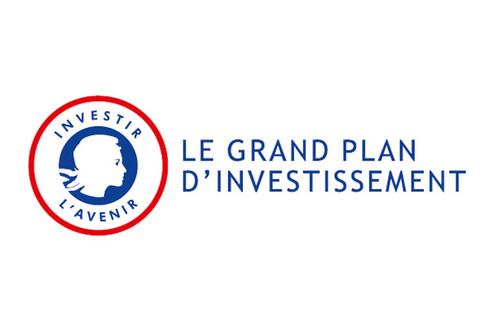 We are pleased to announce that we have been selected among the few winners of the prestigious “Concours d’Innovation”. A “Space” track operated by Bpifrance (French Public Investment Bank) was opened for the first time for contestants. Exotrail received a 1.55M€ grant to accelerate the development and the qualification of its ExoMG™ products – miniaturised electric propulsion systems adapted for small satellites from 10 kg to several hundred kilogrammes.

Following an extremely competitive process, we managed to be among the few winners of this contest which targets companies that have both the ambition and the capability to become world leaders in their respective sectors. This funding will allow the company to hire about 10 people – some of which have already been employed in the past few months. Also, new modern test equipment will be bought to accelerate the development and qualification of the propulsion systems.

A BOOST FOR OUR DEVELOPMENT

These new facilities and new talented members of staff key skills will allow the company to increase the level of performance and reliability of its technology and products. Exotrail uses the “Hall” technology for its propulsion systems. Used on large satellites, and thought to be hard to miniaturise, this technology has successfully been adapted to small satellites by Exotrail. Electric propulsion is used to change orbits, maximise performances and optimise the launch strategy. But the time required to do these orbital transfers is often lost because all the satellite’s electric power is used to bring energy to the propulsion system during that time (thereby, none is used for the payload that generates revenues). Reducing this transfer duration is of key importance for small satellites operators – every day saved has a value of thousands of euros. Hall technology, because it has a 3-5 times higher thrust than competing electric propulsion technologies, allows to save months of operations for operators. Thanks to this, new services will become available in Earth observation, telecommunication, science and other areas.

We are honoured to have win this contest, said David Henri, Cofounder & CEO of Exotrail. It is likely to be the most competitive funding in France for start-ups. It will allow us to accelerate our development. The unique positioning of our product that combines the compacity of electric propulsion with a high thrust is highly valued by our customers. The “Concours d’Innovation” will allow us to meet this high demand as soon as 2020.

Our collaborations with the French state are manifold – a new one will be revealed in the coming days. France is really becoming a hub for Space entrepreneurship, thanks to the funding available but also the key skills and technologies developed by labs here. We are proud to have created this company here.

Exotrail is a start-up developing electric propulsion and mission optimisation solutions for small satellites. Exotrail’s mission is to deliver agility to the space industry to foster an environment of new services in Earth observation, telecommunication and science. Exotrail employs about 20 people in Massy (Paris region) and Toulouse in France and has raised more than 6M€ of public & private funds since its incorporation in 2017.

The « Concours d’innovation », or « Innovation Contest », is funded by the French state - via the Great Investment Plan – and is operated by the ADEME, Bpifrance and FranceAgriMer. It aims at supporting innovating projects developed by start-ups and SME. It allows the emergence of new world leaders in their respective domains. In a particularly competitive tender process, it selects innovating projects that have a high potential for the strength of French economy. It co-funds research, development and innovation projects with costs in between 0.6M€ and 5M€.