For the electric propulsion of small satellites 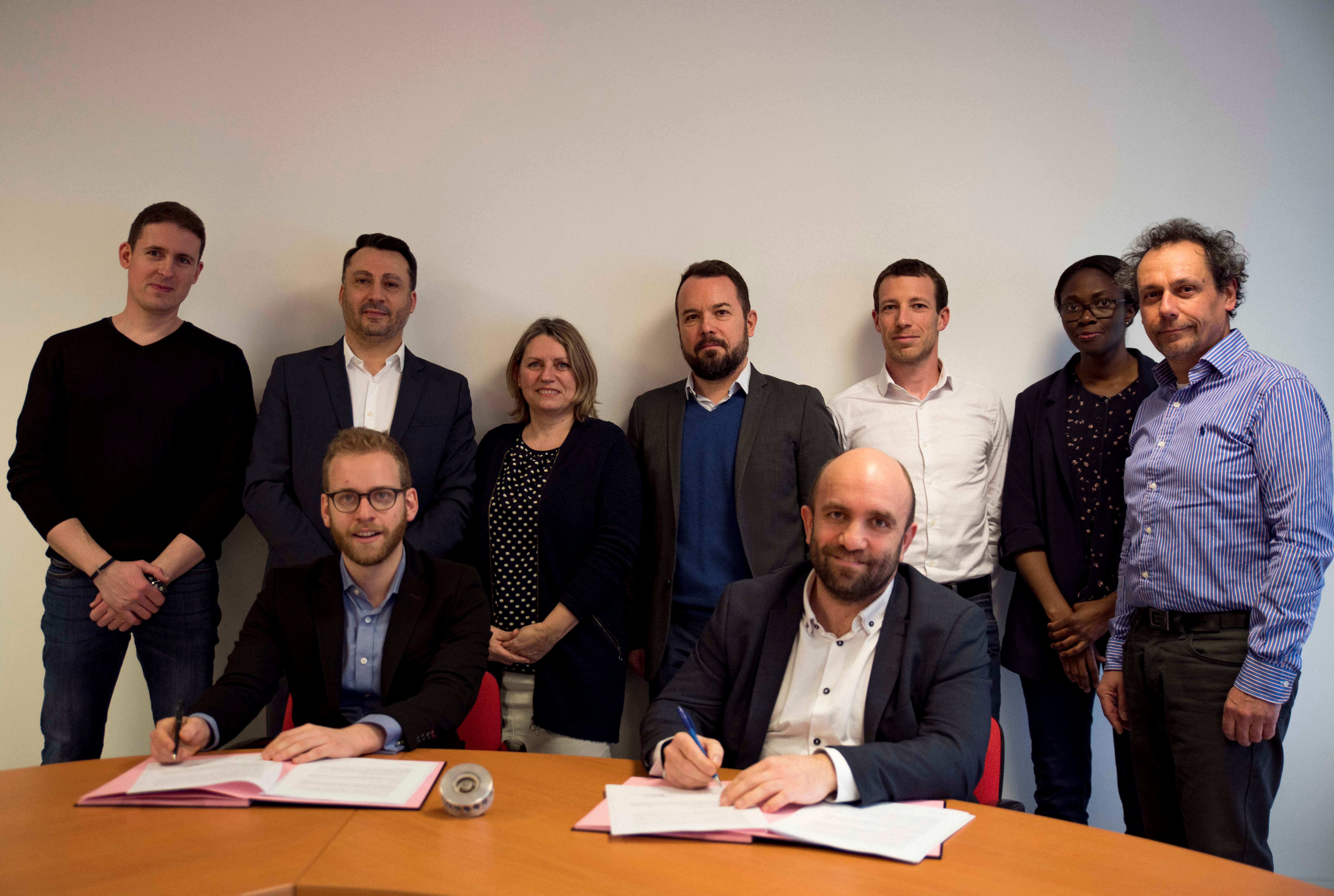 The Institut de Combustion Aérothermique Réactivité Environnement (ICARE), a subsidiary of the French National Centre for Scientific Research (CNRS) and Exotrail have concluded a strategic agreement that will result in the creation of a joint laboratory dubbed ORACLE, from the French “labORAtoire Commun propuLsion Electrique”.

This partnership involves a major actor of the New Space industry and a laboratory which is among the top institutions in the world in terms of electric micropropulsion and advanced plasma diagnostics. The objective of this major partnership is to accelerate advancements in the electric micro-propulsion of nano and micro-satellites through scientific and technological cooperation. ORACLE will result in:

The common laboratory will be hosted in ICARE's facilities in Orleans. A PhD student funded by Exotrail is already working within ORACLE.

ORACLE will focus on miniature Hall propulsion systems, suitable for nano and micro-satellites from ten to several hundred kilograms. Research carried out within ORACLE will fall into the New Space Sector (Private sector commercial initiatives) of the Space Industry and has the potential to significantly impact on the development of constellations of small satellites for Earth observation, Telecommunications, Defense and Internet Connected objects (Internet of Things/ IoT).

The work will focus on the miniaturization of Hall thrusters, a challenge both scientific and technological, and on the design of new generation thrusters that are more efficient, more flexible and capable of responding to various needs in terms of space missions.

By combining the expertise of state-of-the-art technologies with a mastery of the small satellite market ecosystem, ORACLE will become a major propulsion player for nano and micro-satellites, a competitive and strategic field for France and Europe.

"The alliance between ICARE and Exotrail is an example of perfect synergy in the space sector. The joint laboratory will be able to progress our understanding of the complex physical mechanisms involved in these propulsive systems. In return, scientific progress will allow Exotrail to develop their commercial high-performance miniature thrusters. This partnership is

the best approach to meet the expectations of stakeholders in a strategic, ultra-competitive and rapidly evolving field."

Mr David Henri, CEO of Exotrail said: “ICARE was a pioneer in the field of miniaturization of electric thrusters, long before the era of small satellites; and Exotrail is one of the leading players in this global market. ORACLE is, therefore, a unique technical complementarity in Europe: the alliance of a leading scientific player with a technological and industrial start-up. It is the pooling of science and sharp market expertise. The next 5 years will bring major changes in the space industry - ORACLE will allow us to remain at the forefront of innovation to cope with these changes.”

About ICARE: The Institute COMBUSTION Aérothermique Réactivité and Environnement; ICARE intervenes in the fields of propulsion, energy and the environment, conducting its research with numerous academic and industrial partners. ICARE, located on the CNRS campus of Orléans-La Source, is a laboratory with significant experienced in new technologies for space propulsion.

About EXOTRAIL: Exotrail is a start-up developing electrical operation and propulsion solutions for small satellites. Exotrail's mission is to make space agile by allowing access to new orbits favouring the development of innovative Earth observation and telecommunications services. Exotrail employs twenty people in Massy (in the Paris region) and Toulouse and has raised more than €6m ($7m) in public and private funding since its creation in 2017. Among other things, the company has been awarded with the prestigious French innovation awards “iLab” (2018) and “Concours d’Innovation” (2019).